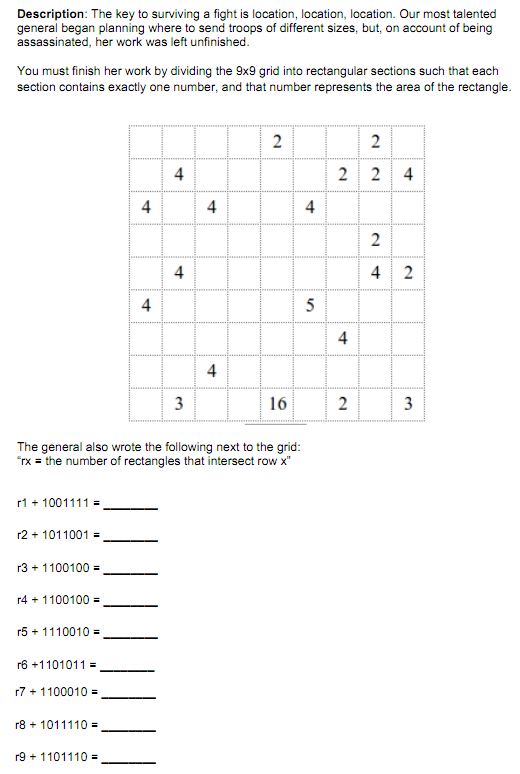 The challenge “You just love this thing, right?” gives you a GNU/Linux EFL binary called “mazzze” (that’s contained within a gzip file called “mazzze.gz”). ‘mazzze’ is an ASCII game in which you must go through a ‘maze’ and get the combination to a safe that will give you the key. It begins with a help message and after you press return the actual game starts like this (the colors are for visibility):

Continuing from Java Dynamic Instrumentation #1, this post will cover some more advanced features of the Javassist API.

This exercise is compiled on Debian 2.6.32 with NX and ASLR enabled. However, those
protections do not effect the difficulty of the exercise. Exploiting this challenge could have been performed with or without those protections.

After my last post, I decided to go straight into the Advance Buffer Overflow (ABO) section and practice more ROP. The first ABO exercise was a straight-forward buffer overflow.